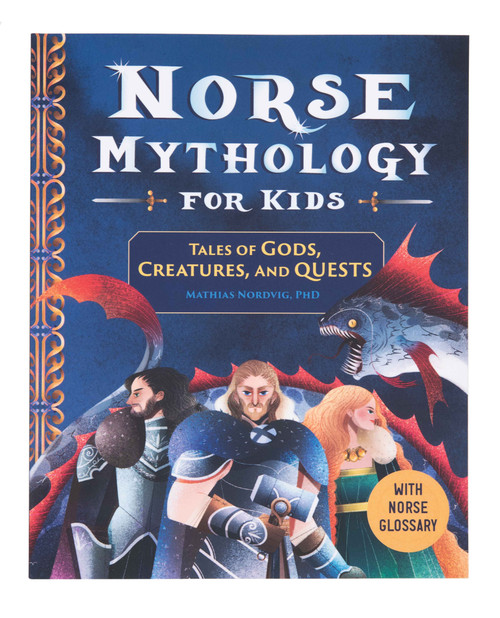 Norse Mythology for Kids: Tales of Gods, Creatures, and Quests

What is more awesome than the hammer-wielding thunder-god, Thor; the Queen of Asgard and all-knowing goddess, Frigg; or the gigantic sea serpent, Jormungand? Norse Mythology for Kids transports you into the Nordic lands where extraordinary creatures like giants, dwarfs, elves, and monsters walked among fearless gods and goddesses.

With vividly detailed illustrations that pair with each myth, you’ll feel like you are defending Asgard on the battlefield with the almighty Odin, shape-shifting from a snake to a hawk with the trickster Loki, slaying dragons with the brave Sigurd, and much more. Follow these engaging Norse mythology legends, and learn everything there is to know about the tall tales of the Norse.

Dr. Mathias Nordvig has a PhD in Nordic Mythology from Aarhus University in Denmark. He has been teaching Viking studies, Norse mythology, Scandinavian folklore, and Arctic culture at the University of Colorado at Boulder since 2015. In addition to publishing both research and popular fiction about Nordic mythology, Dr. Nordvig works with musicians and visual artists to create inspiring music and art about the Viking Age and Norse mythology.