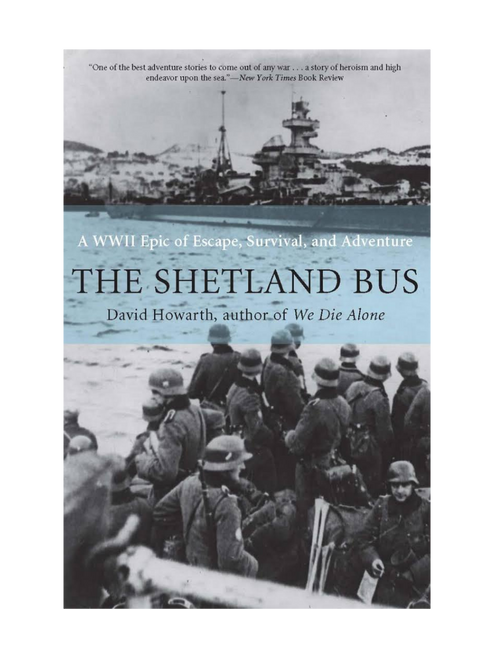 by David Howarth, author of We Die Alone.

The occupation of Western Europe and Scandinavia in the spring of 1940 crippled Britain’s ability to gather intelligence information.  After the Germans invaded Norway, many Norwegians knew that small boats were constantly sailing from the Shetland Islands to land weapons, supplies, and agents and to rescue refugees.  In The Shetland Bus, David Howarth, who was second in command of the Shetland base, recounts the hundreds of trips made by fishing boats in the dark of Arctic winter to resist the Nazi onslaught.

For the Norwegians who remained in Norway, the Shetland Bus—as this dangerous operation became known—fortified them both physically and spiritually.  Nothing but war would have made seamen attempt such dangerous journeys.  Some stretched two thousand miles in length and lasted as long as three weeks in boats only fifty to seventy-five feet long.  Fishing boats crossing the North Sea were sometimes attacked and sunk in minutes, hundreds of miles from a friendly ship or shore.  Their crews had no hope of being saved.  But to “take the Shetland Bus” meant escape when capture became the only other option.  The Shetland Bus is the amazing true-life account of storms, attacks, danger, and the heroic efforts of brave men.

Skis Against The Atom