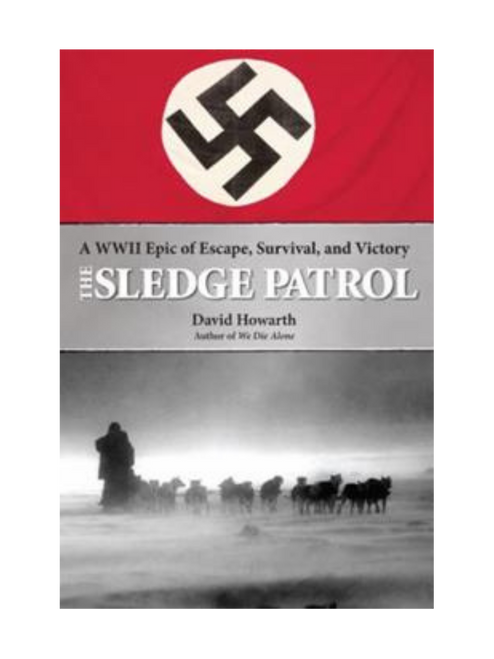 by David Howarth, author of We Die Alone.

In 1943, a group of brave Danish and Norwegian hunters carried out one of the most dramatic operations of World War II.  Using dogsleds to patrol a stark 500-mile stretch of the Greenland coast, their wartime mission was to guard against Nazi interlopers an unlikely scenario given the cruel climate.  But one day, a footprint was spotted on desolate Sabine Island, along with other obvious signs of the enemy.  Not expecting to find the trouble they did, the three Sledge Patrol members escaped to the nearest hunting hut only to have the Germans pursue them on foot.  In the dead of the Artic night, the men escaped capture at the last instant and, without their coats or sled dogs, walked fifty-six miles to get back to base.

While the Sledge Patrol had only hunting rifles, resilience, and their knowledge of outdoor survival, the Germans were armed with machine guns and grenades and greatly outnumbered them.  David Howarth skillfully relates the tensely exciting true tale of how the men of the Sledge Patrol fought capture or death in desolation by outwitting and outlasting the enemy.  This is a saga of human skill, faith, and endurance and one of the most remarkable Allied victories ever recorded.