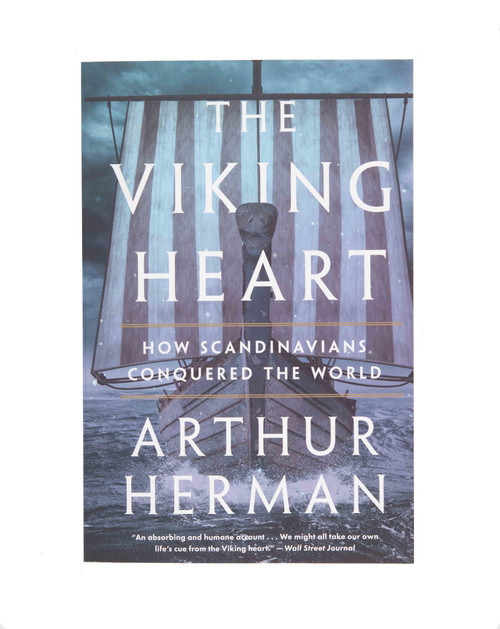 The Viking Heart: How Scandinavians Conquered the World PB

From a New York Times best-selling historian and Pulitzer Prize finalist, a sweeping epic of how the Vikings and their descendants have shaped history and America

Scandinavia has always been a world apart. For millennia Norwegians, Danes, Finns, and Swedes lived a remote and rugged existence among the fjords and peaks of the land of the midnight sun. But when they finally left their homeland in search of opportunity, these wanderers—including the most famous, the Vikings—would reshape Europe and beyond. Their ingenuity, daring, resiliency, and loyalty to family and community would propel them to the gates of Rome, the steppes of Russia, the courts of Constantinople, and the castles of England and Ireland. But nowhere would they leave a deeper mark than across the Atlantic, where the Vikings’ legacy would become the American Dream.

In The Viking Heart, Arthur Herman melds a compelling historical narrative with cutting-edge archaeological and DNA research to trace the epic story of this remarkable and diverse people. He shows how the Scandinavian experience has universal meaning, and how we can still be inspired by their indomitable spirit.