Oxford Illustrated History of the Vikings 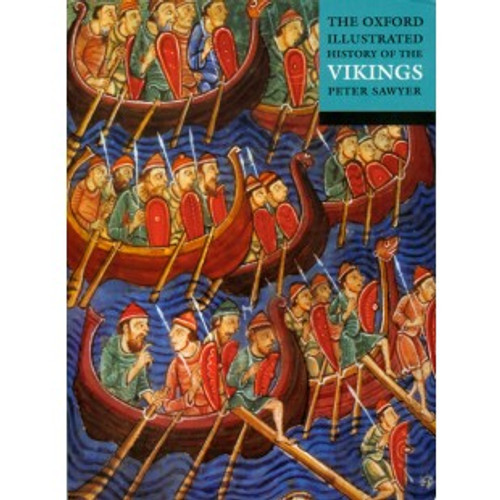 Oxford Illustrated History of the Vikings

With settlements stretching across a vast expanse and with legends of their exploits extending even farther, the Vikings were the most far-flung and feared people of their time. Yet the archaeological and historical records are so scant that the true nature of Viking civilization remains shrouded in mystery.

In this richly illustrated volume, twelve leading scholars draw on the latest research and archaeological evidence to provide the clearest picture yet of this fabled people. Painting a fascinating portrait of the influences that the "Northmen" had on foreign lands, the contributors trace Viking excursions to the British Islands, Russia, Greenland, and the northern tip of Newfoundland, which the Vikings called "Vinlund." We meet the great Viking kings: from King Godfred, King of the Danes, who led campaigns against Charlemagne in Saxony, to King Harald Bluetooth, the first of the Christian rulers, who helped unify Scandinavia and introduced a modern infrastructure of bridges and roads. The volume also looks at the day-to-day social life of the Vikings, describing their almost religious reverence for boats and boat-building, and their deep bond with the sea that is still visible in the etymology of such English words as "anchor," "boat," "rudder," and "fishing," all of which can be traced back to Old Norse roots. But perhaps most importantly, the book goes a long way towards answering the age-old question of who these intriguing people were.

From sagas to shipbuilding, from funeral rites to the fur trade, this superb volume is an indispensable guide to the Viking world. Author Peter Sawyer is Emeritus Professor of Medieval History at the University of Leeds.  320 pages.  Paperback.

The Vikings - A History